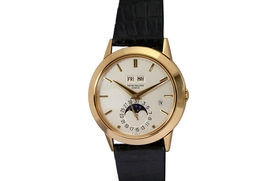 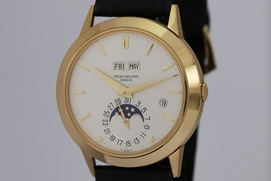 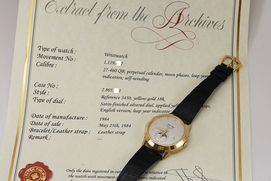 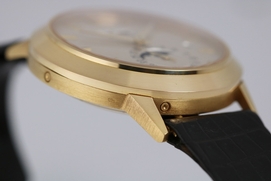 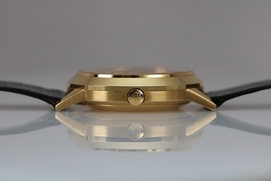 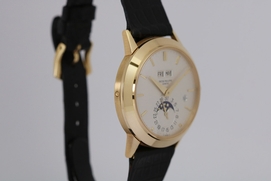 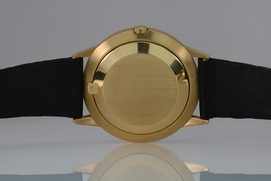 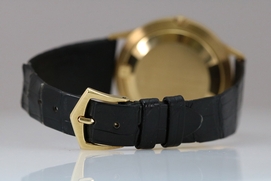 This is my favorite perpetual calendar moonphase ever produced by Patek Philippe due to its large size of 37mm and the simplicity of the case design. This is Patek Philippe’s reference 3450 in 18k yellow gold from the 1980s. There were approximately 240 of these watches produced between 1981 and 1985. The 3450 is the successor of the reference 3448 with the added leap year function at 4:00 and an improved movement featuring the caliber 27.460qb. The reference 3450 is one of the last classic vintage designs produced by Patek Philippe and is highly-sought after by collectors. A nice note about this particular watch is it is an unpolished example and was purchased from the original owner. The owner purchased it at Rivera Jewelers in 1984 in Miami, Florida, an official Patek Philippe dealer at the time.