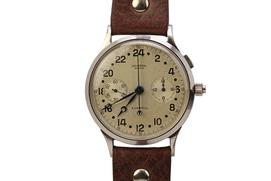 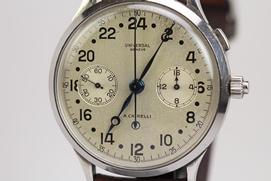 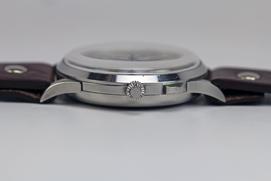 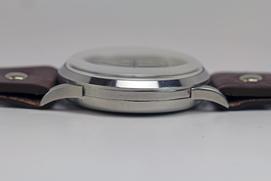 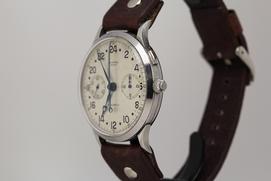 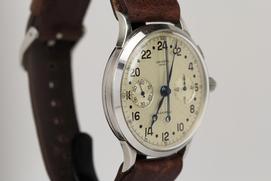 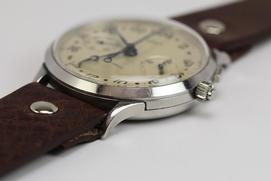 This is an extremely rare Universal Geneve split-second chronograph. It is one of the most coveted Universal Geneve watches ever produced. This chronograph has a 24-hour dial and was sold by the Rome retailer A. Cairelli. Only a few of these models have ever showed up for sale. This oversized watch measuring 44mm was considered extremely large during 1945 and even today. This Universal shares the same caliber as the Rolex split second chronograph ref: 4113 which trades for over 2 million dollars today. The split second was extremely rare in the 1940s and highly expensive to produce because it was typically used on pocket watches and the split second technology for wristwatches had just begun. This A. Cairelli is in excellent condition with a beautiful original 24-hour dial and an unpolished case. This is a civilian model with no military numbers on the back as this watch was also made for the Italian military.