Comparison of Patek Philippe Reference 2499 and 3970 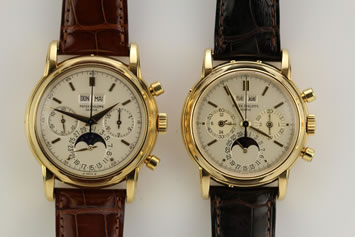 Here is a comparison of the last series Patek Philippe reference 2499 from the early 1980s to the first series reference 3970 from the late 1980s. Both models are from the same family and feature a perpetual moonphase chronograph.

The 2499 has been made since 1950 and a total production of 341 pieces with four different series so probably less than 100 pieces were made of the fourth series. The 3970 has been made from 1986 to 2004 but only 100 pieces made in the first series. The later 3970 models were made with screw down backs that were both exhibition and solid style. Both the Patek Philippe reference 2499 fourth series and reference 3970 first series pictured here are in mint unpolished condition and are available for sale at Matthew Bain, Inc. 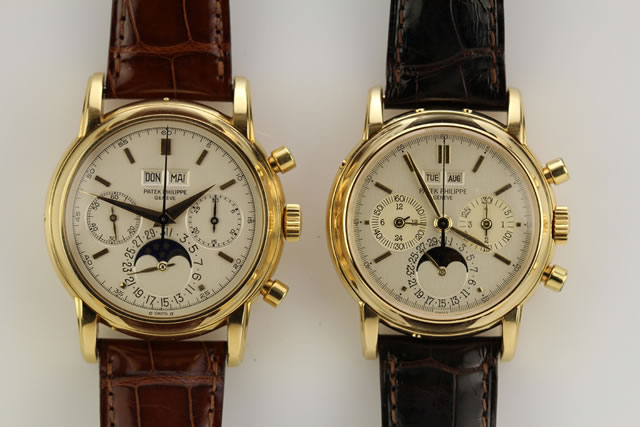