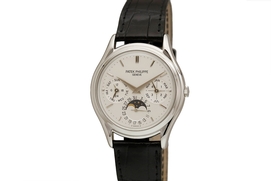 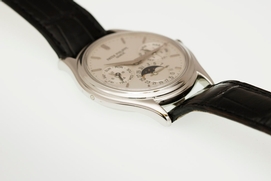 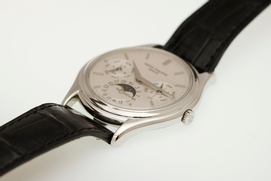 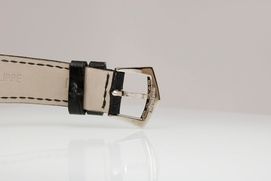 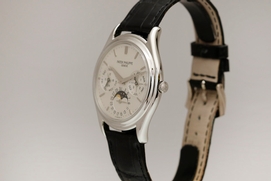 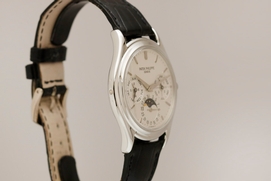 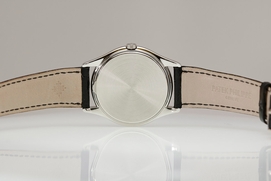 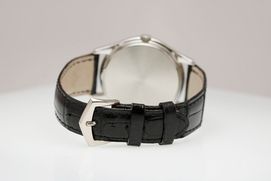 The reference 3940 Patek Philippe was actually the watch Mr. Philippe Stern wore. As he looked into the future of watchmaking, the reference 3940 was a watch that would not need adjusting for over 100 years into the future. It is a perpetual calendar wristwatch with its slim case that fits elegantly on the wrist. The watch here is a late second series edition in platinum. It is very rare to find this watch in platinum. Platinum versions only came with solid backs, never the see thru backs. This watch has its hallmarks on the left side of the case as well as under the lugs. The opaline dial is pristine with its sunken registers and Sigma signature underneath 6 oclock. This incredible piece of horological history comes on a Patek strap and Patek platinum Tang Buckle. We have ordered an Archive for this watch which as not arrived yet. This watch will be sold with its Archive from Patek Philippe.