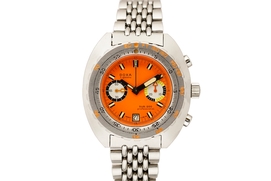 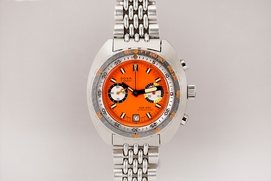 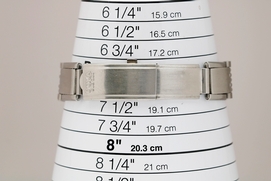 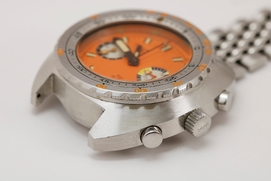 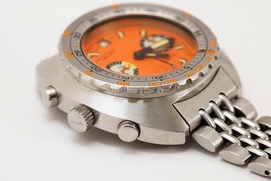 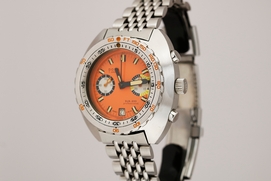 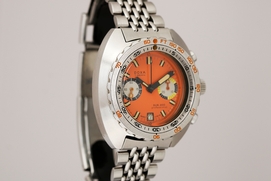 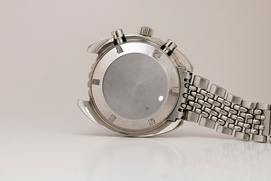 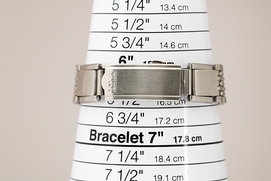 This is one of the most sought after and rare dive watches out there. This is an ORIGINAL, not a re-issue, Doxa T. Graph Sub 200 from the late 1960's/early 1970's. This watch is minty! The case we believe to be unpolished and the watch all original. The case of this watch is nice and thick to incorporate the chronograph pushers into it. This watch still retains its original DOXA crown. This manual wind watch has a caliber 287 movement signed Doxa and based on the very high grade Eberhard Cal. 310-82. The orange dial is flawless with all original lume and markings on the dial and hands. This watch comes on its original Doxa steel bracelet with extension clasp. It is not known exactly how many of these watches were made but it was for sure in the 100's and not 1000's. They are incredibly rare and even more rare in this minty condition.